Introduction To The Chakras 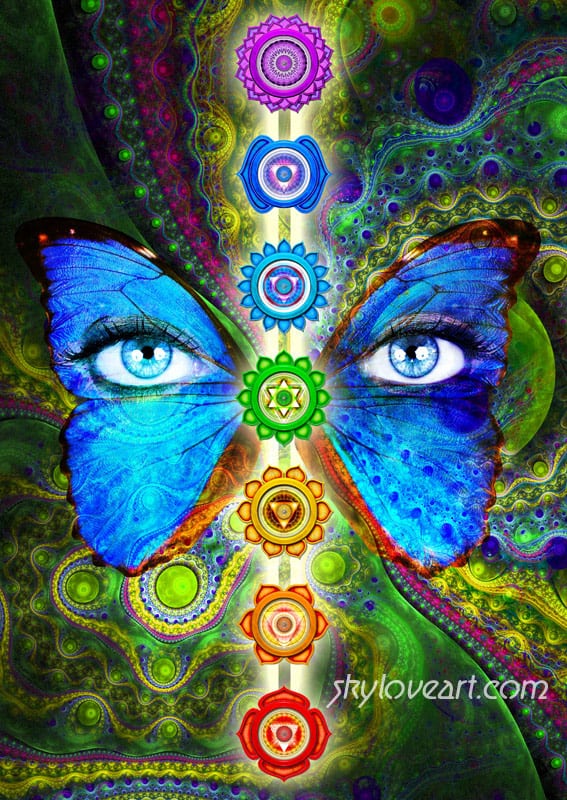 Almost all religions have some sort of belief in the energy and spiritual power points of the body and these power points are called chakras.  The earliest records of these sacred energy centers come from India around 2500 B.C., as mention of chakras are found in the later Upanishads, including specifically the Brahma Upanishad and the Yogatattva Upanishad.

The word Chakra comes from an ancient Indian language known as Sanskrit.  Chakra means vortex, spinning wheel or circle.  Spinning wheels of light, the chakras are energy centers that are part of our non-physical anatomy.  Energy flows in and out of our body through them from the cosmos.  The body has been said to have hundreds of chakras, although there are only seven major ones. The eighth chakra is said to be the aura.

The seven major chakras are aligned along the central nervous system from the tip of the spine to above the top of the head.  They coincide with the positions along the spinal cord of the major nerve ganglia in our physical body. The chakras appear to be transformers; transforming subtle non-physical energy into energy that can be utilized by the body. Their function is to vitalize the physical body and to bring about the development of  self-consciousness.  Through the chakras an individual can experience wholeness, enlightenment, integration and transformation.

The chakras are the interior stars, and the stars of heaven are the macrocosm …

The chakras are a map, a path, a bridge … a rainbow bridge … a path of spiritual alchemy! 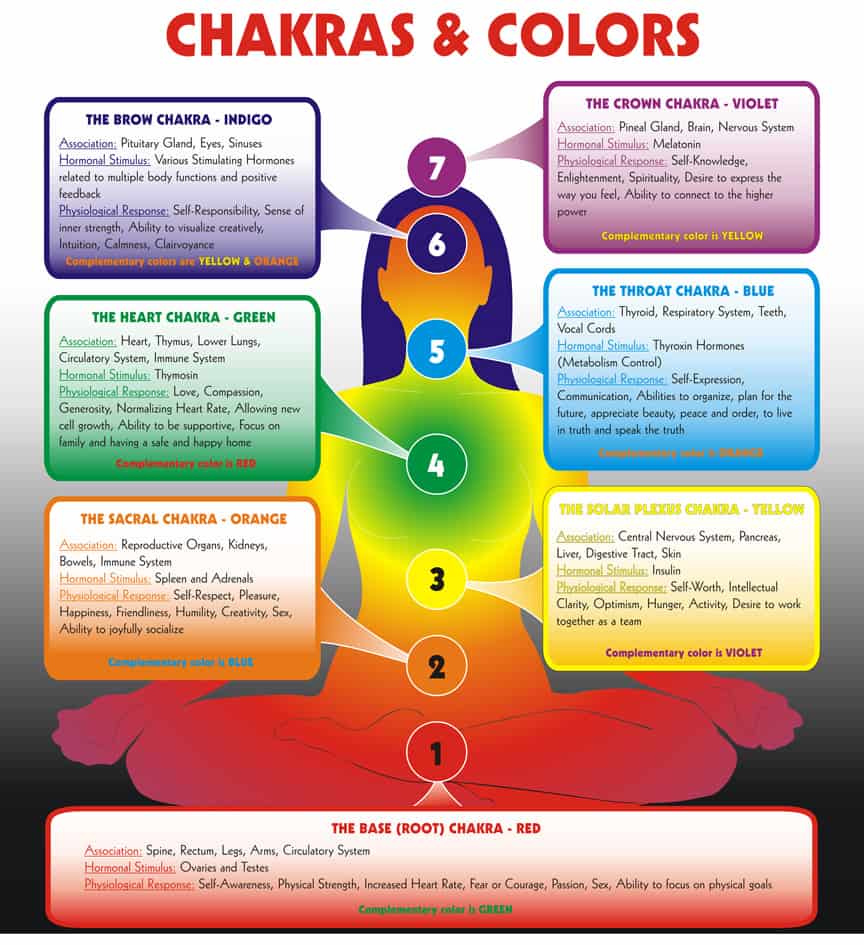 The colors of the chakras are that of a rainbow with varying correspondences between traditions; beginning from the root chakra black/red, orange, yellow, green/pink, light blue, indigo, and violet/white for the seventh chakra at the top of the head.

Chakras open and close, similar to to the way flower’s do and are often referred to as lotuses … each chakra with a certain number of petals. As each lotus blossoms, they opens up and pour out intense experiences with seeds of fresh perspective and spiritual awareness.

Illness and dis-ease are a way for a soul to learn higher spiritual lessons that are necessary for development and evolution.  Almost all illness is caused by poor chakra health because chakras will manifest the energy imbalance into the the health of your physical body.  The chakras influence health greatly.  Many troubles of the body and mind are the direct effect of an imbalance in the sacred centers due to spiritual or emotional causes.  Each chakra effects different parts of the body.  When the chakras are functioning normally, each will be open and spin, utilizing and metabolizing the energy that is needed from the universal source.   When a chakra is out of balance it means that it is either over-active, under-active, congested or blocked.

The chakras are not only a source of health and healing, but also a source of spiritual enlightenment and evolution.

If each chakra is functioning at the correct frequency on its own accord, and each chakra is balanced, clear, energized … properly spinning … working at its optimal potential … and if all seven chakras reach a level of unison, the entire vibration of the physical, emotional, mental, and spiritual body is raised to the vibrational level to match that of the chakras – raising spiritual awareness.  This can occur many times, lifting higher and higher and higher in vibration … until you reach enlightenment.

There are many ways to work with your chakras and they do not need to be complicated and time consuming.  If you wish to cleanse and restore the chakras and encourage spiritual awakening there are a few simple things that could help, such as mediation, healing circles, singing, yoga and simply being conscious of your breathing.  Also, having a stronger connection to the present moment with mindful practices will encourage healing, attunement and restoration of the chakras to take place naturally.

May your sacred centers be bright and your heart open to many.  God Bless!

Thanks Nadia for this revealing article.  You can find more great info about opening and activating chakras here: https://www.esotericteachings.org/2012/02/activation-of-chakras-opening-seven-seals/

I have had 2 email readings by Maria.
Both have allowed me to see the positives, and she has presented the negatives as something which will be a learning curve and beneficial experience.
I will definitely contact Maria for more readings!