For many centuries, many civilizations have marvelled at the power of the third eye and its ability to open and close. The Egyptians often depicted it as an all seeing eye that can see even into the past or future and even into other realms. The Hindus also had a similar belief, they believed that the third eye or the ajna is a human being’s gateway to the spiritual world. In Taoist beliefs, it is referred to as the Mind’s Eye; an all-encompassing eye that allows a person to connect with the universal vibrations. For Pagans and Celtics, it is said that the third eye, once opened gives the person the ability to be enlightened and thus possess the ability to see into higher planes.

I have personally had known about the third eye and have encountered it at a very young age of two. At that point I realized that I was not like other children. I was able to see many things in my peripheral vision and in my mind’s eye. At first it really frightened me, being that I was only a child but as I grew older I have learned about it and cultivated it to become the person I am now. In the past, I have seen visions and glimpses of the future. But I wanted to learn more about it, so I decided to embark in a journey to fully open my third eye.

What is the Third Eye? 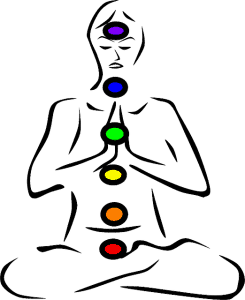 The third eye chakra is seated in middle of the forehead in between the brows and extends to the inner part of the brain. It also said to extend to the pineal gland or it is the pineal gland itself.

In many schools of thought, they have given the third eye different names but most of them see it as the 6th point or the 6th chakra. There are seven chakras in the body. These chakras work in together to put the body in a state of balance and unison. One of the seven chakras is the third eye chakra. The third eye chakra is seated in middle of the forehead in between the brows and extends to the inner part of the brain. It also said to extend to the pineal gland or it is the pineal gland itself.

The third eye chakra regulates our ability to understand things and perceive reality. It unites our physical eyes with our spiritual and mental sight to make sense of reality as well as parallel realities. It also controls our sleep patterns, how we react to time and space as well as our mental, psychical and emotional growth. On the other hand, the third eye, also gives you psychic abilities and allows astral projection when it is fully open and its energies released.

Rene Descartes, a French philosopher and mathematician has discussed about the third eye or the pineal gland and called it as “the seat of the soul”. Scientifically and biologically, the pineal gland is the gland that secretes melatonin in our bodies. Melatonin is the hormone that is responsible for making us feel sleepy. Another function of melatonin is the suppression of high sexual urges. Researches have stated that the high levels of melatonin in children prohibit them from having a sexual sense. Adolescents feel the need to mate due to the decreased amount of this hormone as well as the release of sex hormones. Melatonin is a hormone that also makes you feel calm and sedated and gives you a dreamlike state if you are awake and provides sound sleep during sleeping time.

Esoterically, the pineal gland is both a physical and spiritual body part that influences our psyche. It is a photosensitive gland that releases hormones into our body due the change in light in our surroundings as well as the changing seasons. It normally responds to sunlight and the circadian rhythm. Because of this, if a person is able to control his third eye, he or she can control how he sees the time-space continuum. He can allow his mind to travel faster than what is allowed by the physical body and see visions in the past or the future. He can even see those who are departed because this eye. He can see beyond the physical sense of the normal eye and see beyond the physical world into the spiritual realm. Many say that the pineal gland was once was a normal eye which sunk into the brain because of disuse. Many other animals show that the structure of their pineal glands resemble cells and tissue coming from the actual eye.

How to Open Your Third Eye

The third eye chakra is seated in middle of the forehead in between the brows and extends to the inner part of the brain. It also said to extend to the pineal gland or it is the pineal gland itself.

The journey to opening one’s third eye is both exciting and a scary one. Some may wish to attain this ability for unworthy reasons while others for enlightenment and higher consciousness. Once open it is difficult to close one’s third eye. If you wish to open your third eye, exercise caution, because if you are unprepared for it, you may be unable to sleep, have physically painful symptoms such as headaches and a problem with differentiating between the physical realities and the spiritual realities.

The third eye may open in many different ways. You may have it opened by accident through a traumatic event or sudden enlightenment, but this is a rarity. On the other hand you can employ various techniques to open your third eye. As any muscle in the body, it must be used and worked on in order for it to be strong and powerful. But opening the third eye may not be the end of the story, once open you must take care to have a strong mind in order to avoid spiritual, mental and physical imbalances and illnesses.

There are various techniques to open your third eye. Hindus and Buddhists recommend meditation in which the third eye is slowly and gently opened. In this method, there may be some discomfort but not so great with others. Other people employ recreational drugs and feel the urge and happiness when they get to see beyond the physical world but often feel down and crushed after the drugs wear off. Using recreational drugs takes toll not only on the body also the third eye itself. It may overly expose the mind’s eye and cause it to crash. In extreme cases people tend to hallucinate and have depression because drugs cause the third eye to be ripped open by force causing it to wither and die much like a dead lotus flower. In Taoism, qigong and taichi poses are employed to allow universal vibrations to flow in.

In my journey to enlightenment, I can say that I was born with my third eye partially open. I was a child with limited visual acuity since I had congenital cataracts and was considered legally blind. To me accessing the third eye before was easy, yet scary. My third eye was only partially open and I had very little control on how it sees things. For this matter I will share with you meditative techniques to open your third eye.

To fully open your third eye using meditation, you must first accept the power of the universe and that YOU yourself is a part of the universe. Each and every part of your being is connected to the cosmos. You are no different from the stars and planets. You are similar to the each human being who has walked on this planet. Once you have fully realized this and accepted this you will feel both the love of the universe as well as its humbling force. We are all once dust in the wind of the cosmos and nothing more; and one day we all become dust once more.

After fully contemplating this realities. You must go into a meditative state. The pineal gland and the third eye chakra are both photo sensitive and need sunlight to be awakened. You must allot seven days of meditation in order to open your third eye. You must commit to a specific hour of the day, the same hour for those seven days in order to complete this task.

Do not be discouraged if you are not yet able to fully open your third eye in this period. The time devoted in this meditative state will give you self-awareness and visions of how to grow as a person. It may be that you and your inner eye is not yet ready for this gift.

On the other hand, if you are successful enough to reach the full opening of your third eye, rejoice! You must use it for further grow and enlightenment. You may start having some visions. You may find them a bit confusing at first but as time goes by, you will make sense of them. You will also now begin to see beings such as Spirit Guides in the form of butterflies, energy balls and wisps that float by. Recognize them and acknowledge them. They may be telling you something. Finally, use this gift with caution. Once inducted to the psychic world, you may feel a great need to help others. You must do so, for it is now your duty. Once your third eye is open, you many experience life in a totally different way. You will still be the same person as you were before. You will still feel sorrow, joy, pain and sadness like you always used to. But being enlightened allows you not to be controlled by your emotions. You become more caring and intuitive.

Once your third eye is open, you many experience life in a totally different way. You will still be the same person as you were before. You will still feel sorrow, joy, pain and sadness like you always used to. But being enlightened allows you not to be controlled by your emotions. You become more caring and intuitive. The manifestations of the third eye being opened may be totally different for different people. Contrary to popular belief that people have been awakened and had their mind’s eye opened can now be psychics, you may have a totally different gift afterwards. You may now have the ability to do astral projection and travel different planes. You may also have the ability to communicate with animals even though you may not be fully aware what they are saying but your mind and their mind communicate with one another. You may also feel others feelings and be an empath. Of course, you may also reach psychic awareness and have the ability of precognition.

After the full opening of your third eye, you may now choose a way to live your life. You may continue to take the same journey that you have been taking or you may embark in the arduous task of being a guiding force. You may now be a spiritual guide such as psychic, a healer or even an animal whisperer. You can uses the gift of the third eye to help heal the world.

Hi Marie, Thanks for sending the reading. I found it helpful and relevant. Thanks, D